The new Indian GST system will ignite an outbreak of indictment in the Indian judiciary system. This epidemic will result in the revaluation of the properties of various companies. In a nutshell, despite everything, GST makes lawyers happy. 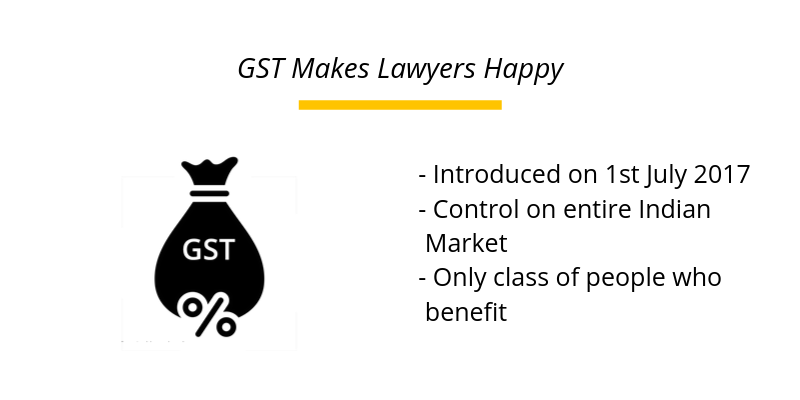 PM Narendra Modi has introduced the latest revenue system on Indian services and goods on July 1st, 2017. The Indian lawyers predict a future full of lawsuits and legal actions. The new revenue system will rearrange the various companies under the correct tax block. This procedure is likely to instigate a series of litigation. While the GST came as a nightmare to the business tycoons, it is rather a blessing for the lawyers in India.

The Complexity in the Revenue Systems

The new GST system comes with a rather complicated method. The GST taxes have four varieties that control the entire Indian market.

The Effect of the New System

The Indian judiciary deals with an enormous number of tax-related lawsuits. According to the records, by the end of the business year in 2015, the judicial system managed more than a hundred thousand tax appeals. The Government has succeeded in receiving 24 million tax disputes after the GST. This situation may not be in favour with various peoples engaged in businesses. However, the GST makes lawyers happy as they are the only class of people who benefit the most.

Reasons for the Increase in Tax- Related Lawsuits

The latest revenue system is the most complicated one in the entire planet. The new reign will stir a chaos in the business world. The tax system will categorize the various companies according to the criteria they meet. The taxes will be applicable accordingly. This process will result in an increase of services taxes for many companies, while some other companies will pay less. The companies will quite naturally look for a way to spend less money. As a result, many companies will consider illegal ways of keeping their tax rate lower. In this case, the remarkable tax battle between the Indian system and the McDonald’s is memorable. Moreover, some lawyers have filed a lawsuit based on the current tax system. These lawyers are highly against the tax that the litigants have to pay in order to file a legal lawsuit.

At the End, the Lawyers Win

Although the Indian judiciary deals with more litigations than ever, the government keeps on failing in the cases at hand. In 2 years from 2013 to 2015, the Indian Government has sunk the success rate of tax-related cases from 33% to 26%. It may take years for the Government to straighten these issues out. Nevertheless, the system will be in a more stable position with every passing year. Despite the huge failure, the lawyers never go out of a job. The decreasing success rate failed to have an impact on the incoming tax litigations after the new GST. As a result, whoever wins in a legal argument, the lawyer always wins. The new GST makes lawyers happy and successful.