The rise of the guns: Defence should be the backbone of the Make in India campaign 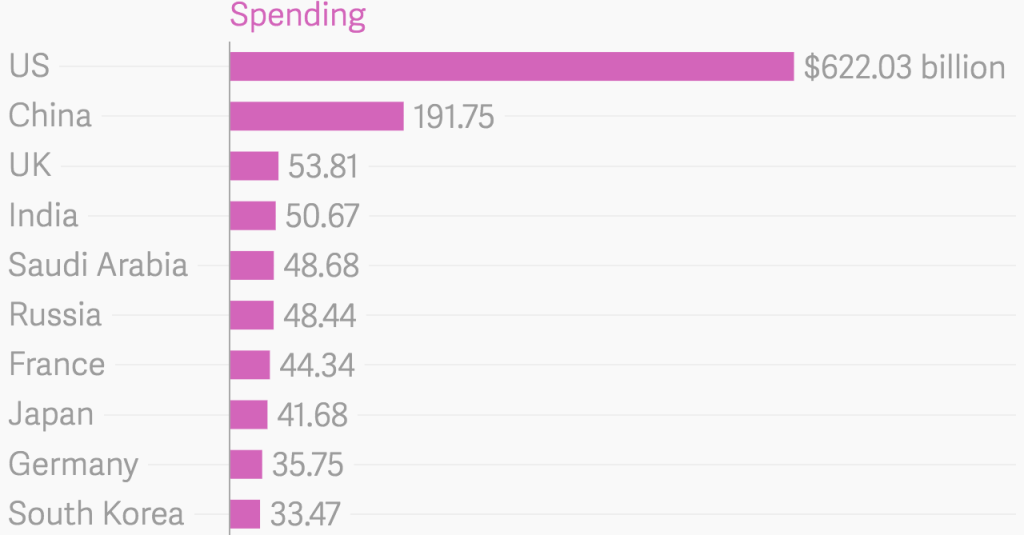 One of India’s most ambitious undertakings ‘The Make in India’ Campaign seems to be hitting it off big time for the defense sector which had been lying dormant due to decades of red tape and lack of innovation.

It’s only recently that India has managed to give wings to the Tejas, the indigenously developed light combat aircraft and is almost in the process of inducting the nation’s first light combat helicopter, which has a huge shot in the arm for the defense forces lacking the resources to fight a two-pronged threat involving China and Pakistan.

It’s a known fact that India’s war time and defence strategy had always been designed keeping China in mind ever since the war back in 1962 ended in a Chinese victory. It was this war that forced India to rapidly change its policy towards dealing with a bigger and much powerful nation—economically, militarily or otherwise.

Moreover, with a hostile nation towards the west, namely Pakistan, with whom India has been into war multiple times; the Army, Navy and the Airforce have been demanding more resources to tackle this dual threat, should the need arise.

That’s where the ‘Make in India’ Campaign comes into the picture, which has the potential to alleviate India’s need to constantly shop for guns and munitions by cutting deals with various nations across the world. Currently, it takes a lot of time to finalize a deal, and even then, the delivery of weapon systems can take years, which puts the armed forces in a limbo as we are continually dependent on other nations for our defence requirements.

Moreover, this puts India at a strategic disadvantage, because in the absence of a technology transfer agreement (Which the exporting nation might or might not agree upon) should there ever be a change of stance in regards to the foreign policies of an exporting country; the armed forces would be left with no viable option for the upkeep of the weapons systems or an emergency supply of munitions in the unfortunate event of a conflict.

For example, India has been purchasing weapons from both the US and Russia and has so far been able to play the balancing act with finesse; however, hypothetically, if another cold war between these two nations were to take place; India would end up in a precarious situation, as India’s stance of non-alignment leaves no room for taking sides.

India of today needs to open up her doors to the private sector and infuse fresh blood into an industry plagued by decades of bureaucracy and red tape. Fortunately, the current government understands the gravity of the situation and has worked hard to woo the likes of Lockheed Martin (USA), Dassault Aviation SA (France), Raytheon (USA), Israel Aerospace Industries (Israel) among others, who all have shown an interest in investing in the country, this will not only give a boost to the defesce sector; it will also open up employment opportunities.

Moreover, it also has the potential to recall the highly skilled talent that had left India in search of greener pastures, specifically the west.

India is the 4th largest defence spender in the world and has the dubious tag of being the world’s biggest importer of arms and ammunition. In a country of 1.25 billion people, it’s highly unlikely that we lack the talent and appetite for innovation. Surely, the only thing holding us back is a lack of opportunity to explore and innovate.

The situation could change once some of the world’s biggest and most competitive companies enter the fray, as that would mean more competition; thereby, giving a boost to the hunger to continuously innovate.

Already, we are spending billions of dollars in purchasing and leasing weapons, some of which have ended up in sheer wastage of the taxpayers’ money like in the case of the INS Vikramaditya, the cost of which inflated so much by the time we got delivery of the platform; we could have easily purchased a new aircraft carrier for a lesser sum.

India needs to offset the cost somehow; even though being able to defend ourselves from external aggression is paramount, and there’s no room for compromise; the amount that we spend on our imports is too much for a country which is still reeling under poverty, hunger, malnutrition, lack of health facilities and education. Manufacturing in our nation will help us cut down on the cost, leaving us with more money to be spent on social welfare schemes to help the downtrodden.

Some may criticize the Make in India initiative for reasons best known to them; however, the truth is that it is a noble scheme whose effects would be visible on the ground in the years to come if driven in the right direction, and starting with making India capable of standing on her own two feet without being dependent on a foreign nation for defense requirements surely seems like a good starting point.