Types of Taxes under GST and Mode of Payment

Once the GST rolls out, the tax system in India is going to be completely streamlined and a majority of the current taxes will be subsumed making way for a single unified tax regime in the country. Below are some of the broad featured along with a list of taxes payable under the GST and the acceptable modes of payment. 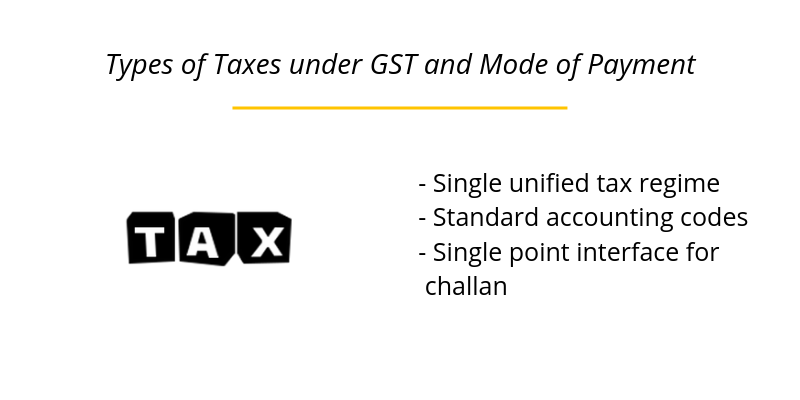 Broad Features of the GST

There are 4 Major types of taxes would be payable under GST:

It replaces the Central Excise tax as an integrated part of the GST. It will be collected at the end of the distribution cycle.

As defined by the government.

There are 3 ways of making payments which are as follows:

Kindly note, that payment by the department officers can only be accepted in enforcement cases only.