Government slashes the corporate tax rate for domestic companies from 30% to 22% and for manufacturing company the tax rate is even lower. 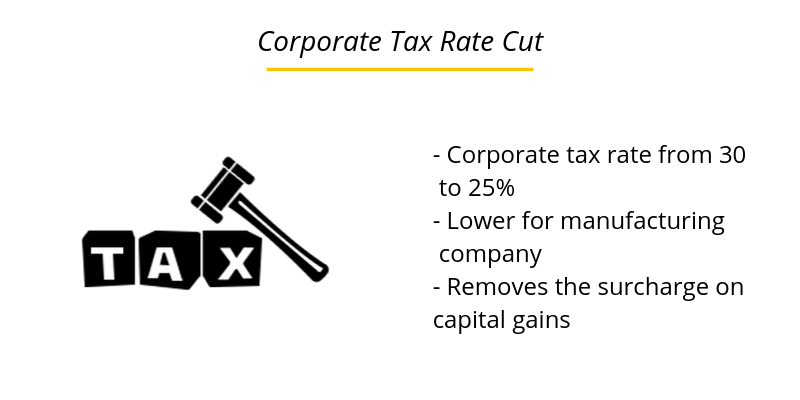 The finance minister has introduced a big tax cut for corporates to boost the current sluggish economy and special lower tax rates for manufacturing companies that are one of the great contributors of GDP.

Dalal Street was lit after the announcement with an immediate rise in the Sensex; the Diwali sure came early for corporates that had to pay 35% corporate tax before which has been cut down to 25.2%.

The cuts have sent a powerful signal about the government intends to boost the economy and revive the sectors that have been most affected by the slowdown.

Companies can opt to pay a tax of 22% on the income earned by forgoing any exemptions or incentives they have received. The change in the corporate tax encourages investors and is a positive way through which the manufacturing sector of the economy can be boosted.

The manufacturing companies formed from October 1st have to pay an effective tax of just 17%.

Note: The companies paying 17% tax cannot take any exemptions past that.

The manufacturing companies and domestic companies opting for the tax cut will be exempted from MAT. Minimum alternate tax is levied on all the companies/firms making a profit but have lower tax.

A rejoice moment for foreign investors as the FM also removes the surcharge that is normally charged on the capital gains from the shares.

New provisions are to be inserted in the income tax act to bring in effect the following changes in the corporate taxes.

Corporate Tax Cuts: What they mean?

Corporate tax might have been introduced to give a boost to the economy which was on the downward slope but what impact will it have on the revenue the govt has to achieve.

Answering the above the Finance minister said that any low revenue funds will be partly funded by the government through transfers from RBI. 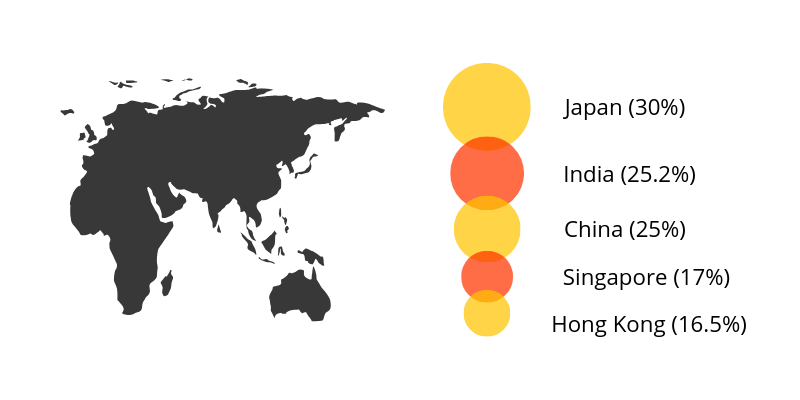 How we Fair Globally?

The lower rates in the corporate tax bring India closer to the other Asian counterparts that are providing the corporates lower tax rates to boost the investment and the economy equally.

The new tax rates are lower than a few other developed economies such as the USA and Japan which are at 27% and 30% respectively.

Till date, the measure to reduce the corporate tax cut has been the boldest step and has brought in a bold change in the Sensex that showed all-time high. That is seen after 11 years in India.

The changes are made to bring int the change in the growth engine; what’s left to see is how is India going to fare?