Decisions Which Require the Decision of a Company's Board

Some decisions taken in Limited and Private Limited Companies require the permission of the company’s board. This article will help you understand the issues which require the attention of the board prior to getting any kind of approval. 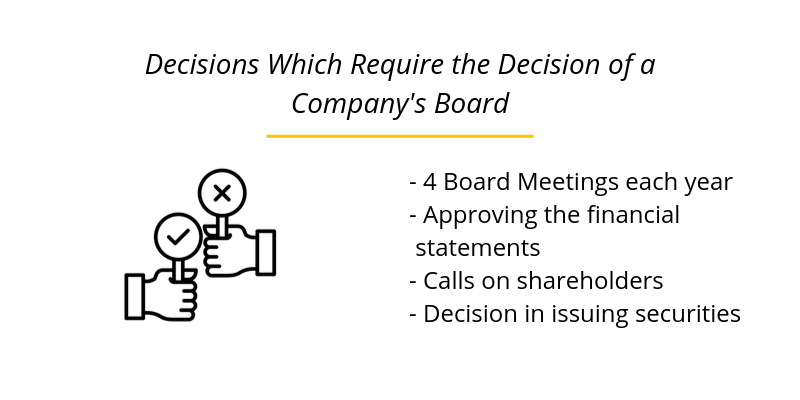 As per the Companies Act, the Meeting of the Board of Directors of a particular Company is a crucial aspect of every limited or private limited company in the country of India.

As per the Companies Act, 2013, it is a norm that the first meeting of the Board of Directors has to be held within 30 days of the incorporation of the company and from then onwards at least 4 Board Meetings are to be held each year.

In addition to the statutory requirements for holding of the board meetings, a Board Meeting can be called for getting into a final decision on considering certain matters.

Here is a brief on the matters which require a company’s board approval.

Following issues are considered at the Board of the Directors’ meeting of the Company:

The below list of matters can only be considered by a Meeting of the Board of Directors of the concerned Company:

The below list of agendas are generally but not mandatorily placed before the Board of Directors of the Company: