Can you taste the new I-phone from a bitten apple? Can you dream of outrunning in your new shoes, as the leopard leaps? Can you hear the pop on the opening of coke, from a red labelled bottle? Do you? 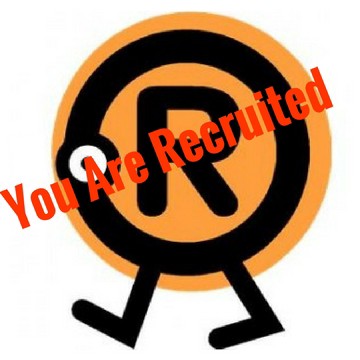 Trademarks are something out of the box which tries to capture the subconscious cerebrum and leaves a trail, for its stakeholders, for life.

Trademark is the Soul Chief Marketing Head of a company. The time and efforts involved to recruit such a mark are worth every bit of it. It is just a onetime investment of resources which reaps the benefits forever.

Certain tips you need to keep in mind while recruiting the best Chief Marketing Head, in town:

# It is Not an Overnight Search!

· Most of the iconic Trademarks has been evolved over decades. It is not as simple as it seems; by creating a logo in the paint and affixing it as a favicon or avatar to your website and there you go bragging, ‘The branded entrepreneur’.

· The Techno- driven era has indeed bridged the gap between the ends. Trademark Building process is not less than creating an invincible iceberg tip from scratch. Choose it wisely because you are not going to change it afterwards.

· Don’t take decisions in haste to windup the recruiting process.

# Do Not Try to Steal Someone Else’s Head!

· Replicating someone else’s trademark is the last thing you would want to try on planet earth. It is always convenient to settle for the idea that has already worked to achieve quick results.

· Evaluate the market and your competitors attentively. Enumerate preferences and priorities. It is okay to grab inspiration from other’s experiences or mistake to develop your unique style and approach towards your concern.

· Pepsi was referred as ‘Pepsi Cola’. Did it try to lure the marketing head of ‘Coca-Cola’? It’s always better to start the recruitment process from scratch. Make sure it has a personalised touch and style.

# Select The Most Charming One Out Of The Lot!

· If you are one of those who is planning to procrastinate the idea of hiring one, this is truly a wake-up call. P.S.: If Tomorrow it’s Late.

· There is hardly any successful Company without a Charming Mark. If you get the Mark right, the journey is already half way through the tunnel.

· Streamline all the scattered ideas on one canvas. Don’t flood it with colours, elements and text. Try to make it as charming as possible to enable it to stand out from the lot. Give it wings to voice and propagate the main idea and objective behind the organisation.

· In case of any ambiguity you can always outsource the brainstorming to professionals.

# Don’t worry about Bottle necks in the Selection Process!

· If you fail to select a Chief marketing head having the right vision and originality, the entire structure is at stake.

· When it comes to trademarks, Entrepreneurs have to be very vigilant. On tiny bug can hamper the entire process of deploying the entrepreneur’s ideology for success.

· Mistakes are part and parcel of the day to day activities. Not all mistakes are revocable in nature. It is difficult for entrepreneurs who lack a safety cushioning of customer loyalty and a pre- established reputation, to manage trademarks going wrong.

· Don’t lose out on hope there is always rooms for re-branding. Start the entire procedure from scratch.

· When big players like Apple and Google can go in for rebranding, then why not you.

Trademarks, if recruited well can single handedly steer the wheel through all odds. For better or for best, it is indeed a true reflection of the company.