To push Start Up India, Government is ready to introduce an Indianised adaptation of Shark Tank reality show for Indian entrepreneurs. 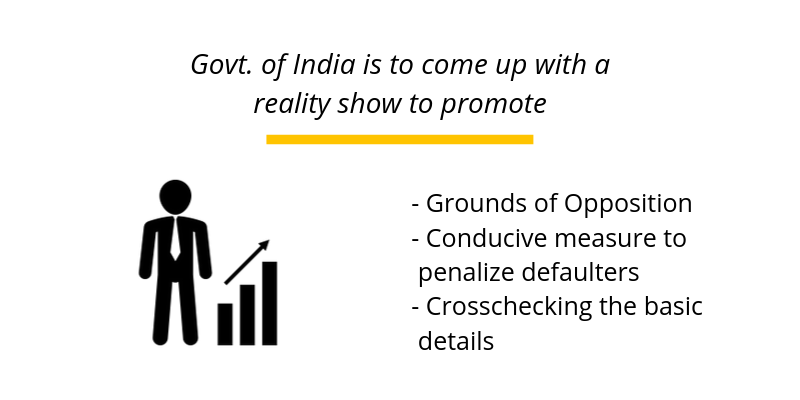 Shark Tank is a trending TV show from the US. It initiated back in 2009 and now has successfully reached its 8th season. It had derived inspiration from a Japanese show Dragon’s Den, which started back in 2001.

This Danger Tank or Den, dwells with the idea to provide a transparent platform to young entrepreneurs to propagate their visionary ideas in front of venture capitalists. These Sharks or Dragons in disguise have the explicit power to decide the fate of funding for such applicants.

The Government’s Start-up India is practically going a long way, by leaving no stone unturned. Department of Industrial Policy and Promotion has laid the foundation for the introduction for an Indianised adaptation of Shark Tank reality show for Indian entrepreneurs.

Some key highlights of this Indian version of Shark Tank are:

In-Principle Approvals
The proposal is now waiting for the in-principle approval from the Ministry of Information and Broadcasting. It will be entirely government oriented. A panel to overlook the entire functioning includes representatives from the Ministry of Electronics and Information Technology, NITI Aayog, HRD Ministry, Department of Biotechnology, Yes Bank and Axis Bank.

The Show’s Structure
There will be three rounds of vigor grilling by the sharks before they offer funding in lieu of an equity stake. Firstly, around 2000 applications will be shortlisted from all over India received from both online or offline modes. Out of which a handful will be selected as regional winners.

Lastly, the lucky few will get a golden opportunity to pitch their exclusive business plans to lure the attention of the mighty fund stockists.

Reach Out
The reality show will be aired on the government channel Doordarshan, a private entertainment channel, radio channels and various digital platforms. The operations and the initial management of finalizing the latent talent and the sharks in disguise panelist of venture capital will be vested with partners like FICCI, TIE, ISBA, NASSCOM, CII etc.

Crack the tank: The right way

Funding is just like fuel, which is essential yet not a milestone. You have to be very vigilant while navigating through the danger tank to persuade the sharks.

On this reality show, you will have an encounter with your biggest click, you ever dreamt of. You will get a chance to meet the panelist who can act as a facilitator or call it a game changer.

Don’t Fret: There’s Always A First Time!
You will be finally meeting your dream investors for the first time who might change your world forever. Don’t fret, be calm and confident. It is immaterial if u are a B-school graduate or an undergraduate. What validates your standing in the arena is an authentic crazy idea. The onus to convince them that you, your idea, your intuition are worth investing, lies on your shoulders.

Avoid Last Minute Screw-ups!
On such an important day, you would never want your nightmare to haunt you. Be well equipped to dodge such situations. It is okay to carry dual laptops, hard disks, backups of your presentation in any manner. If something goes wrong or the infrastructure available is not compatible, you can still save yourself. Long story short, what matters is to deliver your pitch, even in the worst scenarios.

Keep It Short, Crisp and Precise!
The idea of this platform is to express your ideas and not to teach a concept. Make sure you follow a simple math of 90 seconds per slide. With ten of them, you can easily put across your pitch in precisely 15 minutes. Not just slides, you can be innovative. Try new experiments, but don’t lose the essence of the basic math of touching the hearts more with less.

Don’t Treat Investors To Be Dumb
You need not Fabricate or use fancy tactics, rather keeping the profile simple and to point works wonders. Communication is an art, don’t waste it in arguments. Mostly you are expected to outline the very basics, including You, Your product, Past-present–future profits and vision. Don’t you try to play any head games or portray to be a liar. In case you don’t know certain facts, you have to be blunt and promise them to get back at the earliest.

Just Don’t Lose Hope!
Try to follow up with the interested investors, in case of any ambiguity. Don’t bug them to the core. It’s okay if you couldn’t make it, in your first attempt. Success takes time. Don’t abandon your dream for that matter. You would one-day cross paths with the like-minded investors who would see the real potential, which kept you so strong headed all this while.