Cab Users There is Another Rescue in Town: For Your ‘SEWA’!

Commute..Work..Commute..Eat..Commute..Sleep..and then Repeat. Are you a part of the above clan? If yes, There is a new ‘SEWA’ to extricate your commuting ritual. 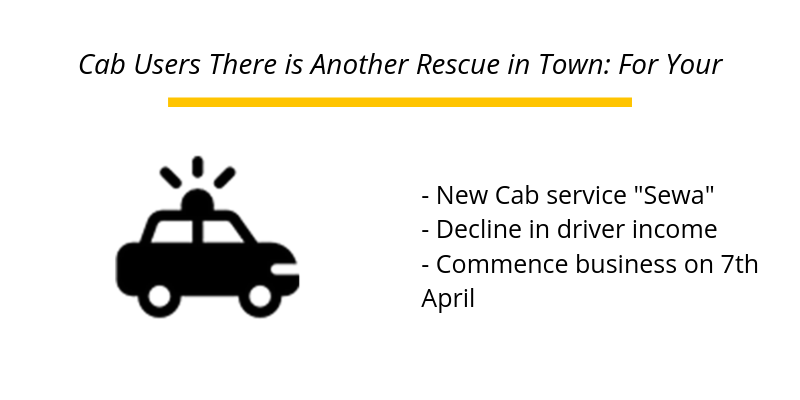 The 13 days long strikes against Ola-Uber led to the initiation of a new Cab service called “SEWA” by an association of cab drivers, Chaalak Shakti.

The never ending protest against the giants like Ola-Uber actuated due to:

The revenues of the drivers instead of climbing the hockey stick curve drastically moved in the opposite direction.

Almost Three years ago, when Uber and Ola stepped into the Indian market, they were all pumped with capital infusion and transferred the incentives to its drivers in the form of perks and subsidies.

There were lucrative offers like extra proportionate fare on completion of five rides or nine rides. Just like all good things comes to an end, even such modest offers got over shadowed with the new tough policies.

There is a drastic decline in the monthly income of the drivers from around over Rs. 1,00,000 to just Rs. 20,000. It has become a challenge for the drivers to make ends meet.

The new service came into existence when over 3,500 cab drivers realised that alone they are mere droplets, if united they can rescue a drought. Their association formulated a new App based Cab Services to put an end to the chronic exploitation.

Some salient features of this App are:

This new Commuting Aid Service will commence its operations from 7th April in Delhi-NCR.

Meanwhile, traces of unrest among the cab driver have also been witnessed in a couple of more cities in India.

In Bengaluru, the anguished drivers ravaged Uber’s office during their protest. However, They are mitigating the resources to launch an app of their own, indicating unity among the co-drivers.

Moreover, In Chennai, a similar pattern of a two-day strike of Ola-Uber drivers was noticed.