Concept of Producer Companies in India

A new amendment in the Companies Act, 1956 came into existence with the insertion of Part IX A. This inclusion was introduced in the form of Producer Companies. 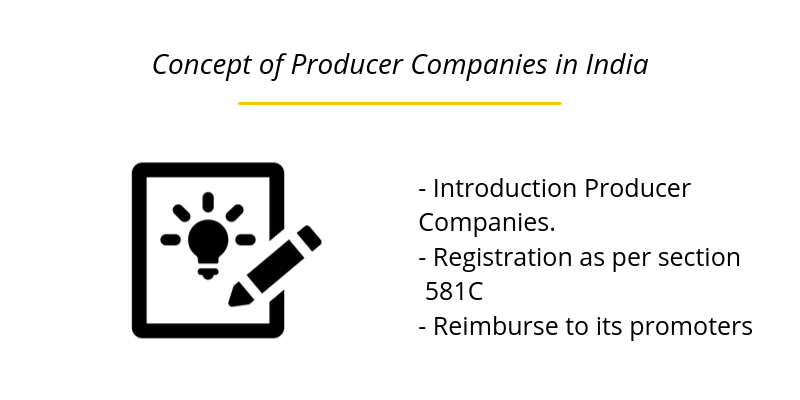 This new concept leads to the empowerment of primary producers, thus opening for them ways to achieve ample profits. The birthplace producer companies roots back to the committee meeting chaired by renowned economist Y.K Alagh.

The main purpose behind this meeting was to work out a legal framework that could integrate cooperatives in the form of companies.

Objects of producer companies as per section 581B

Formation of producer companies and registration as per section 581C