How to Change the Objects Clause of your Company? 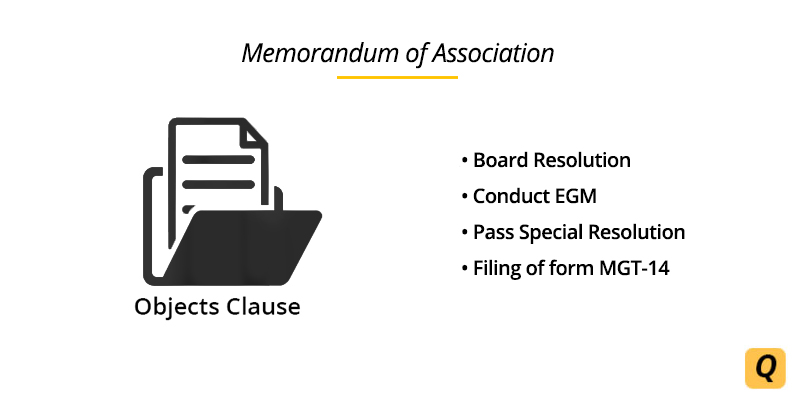 Also Read: Process of Altering Memorandum of Association of a Company

Additional for a Public Limited Company

In case a public limited company decides to change its objects clause, then:

Once the approval of the Registrar is obtained on the MGT-14 form, the company can make the necessary alterations to the MOA, as agreed upon by the special resolution. Each and every copy of the company’s MOA would have to be accordingly changed. Additionally, once the MOA is altered, a copy of the amended document has to be sent to the stock exchanges.