Know the difference between: A Company and a Firm 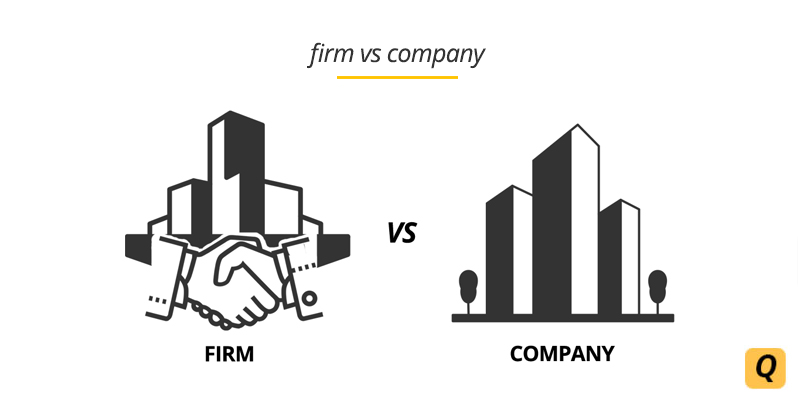 What is a Company?

A company is formed and governed by the provisions mentioned in the Companies Act 2013, which says that a:

'Company' means a Company Incorporated under this Act or any previous Company Law.

A company is a legal entity which is formed by different individuals to generate profits through their commercial activities.

There are different types of companies formed under the Act, regulated by The Ministry of Corporate Affairs. Few of them are –

What is a Firm?

A firm is also like any other business set up in India, but it is typically registered under the Partnership Act, as opposed to the Companies Act. The key characteristic being bringing two individuals together for business and professional gain. Most often, firms in India are involved in rendering professional services. Most legal business and chartered businesses are all set up as firms.

In the Indian content a Firm is Registered under the Partnership Act, 1932.

There is no separate differentiating legal structure present for firms. Firms generally relate to businesses which are formed in a partnership model, but there are several examples of firms set up as a sole proprietorship.

Key Features of a Firms

What is the Difference Between a Company and a Firm

In India, the Companies Act allows several types of companies to be set up in India such as private companies, public limited companies, and one person companies to name a few.

Additionally, although sole proprietorship companies and firms are common in India, they are unregistered businesses. Their identity is usually fortified under the Shops and Establishment Act, or through the Goods and Service Tax registration.