Who can be appointed as statutory auditor to a company?

Auditors play an important role in a company for the stakeholders. They play a vital role in auditing the accounts of the company and reporting to the stakeholders about the things carried out by the company. The article discusses the role and dealings of Auditors of the Company. 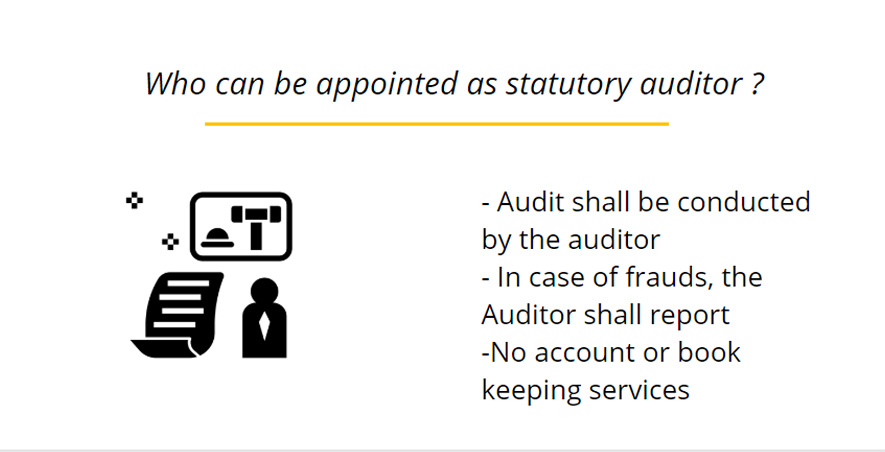 Services to be rendered by the Statutory Auditor

Conditions and Eligibility Criteria for Appointment of Auditors

A certificate needs to be submitted by the auditor appointed by the Members or by the Board stating that:-

Services not to be rendered in the capacity as Statutory Auditor

The following services shall not be rendered by the Auditor directly or indirectly to the Company, or its Holding or Subsidiary Company:-

Any other services as may be prescribed by the Government.

Person disqualified for the appointment of Auditor

A person or entities are disqualified from being appointed as the auditor of the company is as follows:-