Owing to the drawbacks and numerous complaints filed against the company act 2013; the company law committee proposed a series of amendments in the act. 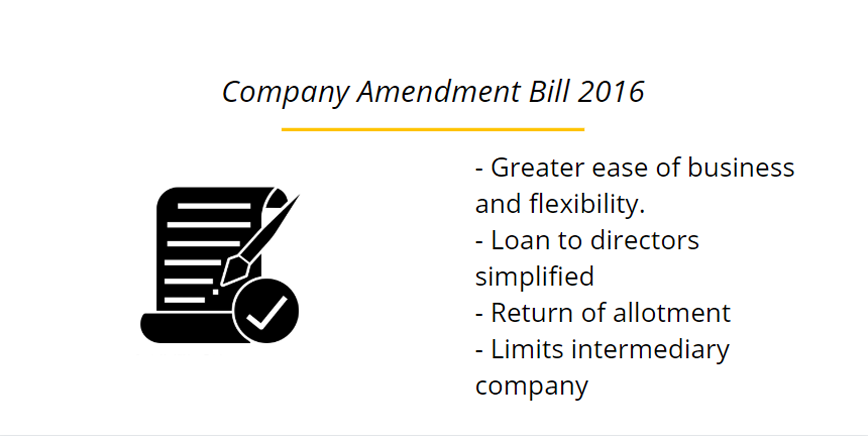 This led to the creation of the company amendment bill 2016 which was a more refined version of the 2013 act.

The major shortcomings of the 2013 act were that it was overly limiting and a hindrance to productiveness. The new amendments in the bill paved way for greater ease of business and flexibility.

Key amendments in the bill

Insertion of new section 3A

Money received under the private placement shall not be utilized unless the return of allotment is filed with the RoC. Private Placement offer letter shall not contain any right of renunciation.