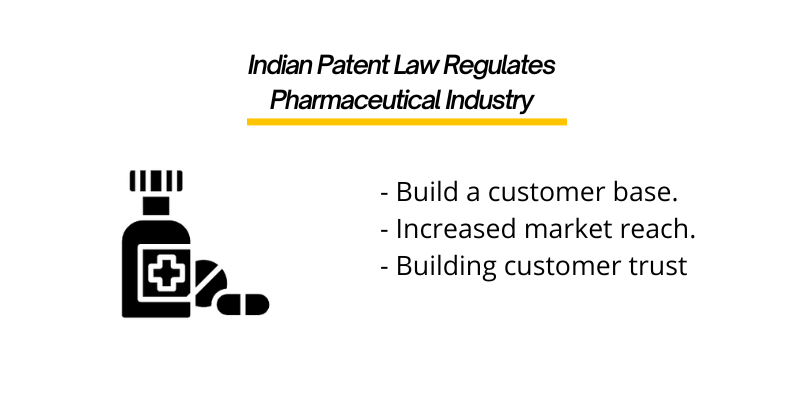 What is the patent law in India?

The Indian pharmaceutical industry has witnessed constant growth as a thriving high technology-based industry, specifically in the last three decades since the Patents Act 1970 was passed. The Act included the guidelines issued by the Paris Convention for the Protection of Industrial Property 1883  and the Patent Cooperation Treaty, 1970; India was one of the signatories.

As a result, the Indian pharmaceutical market is rapidly developing and selling a much cheaper version of several drugs patented under the Patents Act of 1970. They are spreading aggressively to the international market as well with generic drugs on the expiration of international patents.

What is the patentability status of Biotechnology Products in India?

The IP India Patent Search may not provide a fruitful result for biotechnologists. It isn't easy to showcase the invention as a novel product, not a natural process. However, suppose the applicant is determined to proceed with the patent registration in India. In that case, the applicant must conduct a vigilant InPASS patent search and WIPO patent search, assuring that they extract every point to showcase the biotechnology product as unique and novel.

The Trade-Related Intellectual Property Rights (TRIPS) negotiated by the World Trade Organization led India to sign the General Agreement on Tariffs and Trade (GATT) on 15th April 1994, mandating compliance with its requirements.

The Patents Act 1970 grants protection for a minimum period of 20 years. The authority grants the compulsory license based on the merits of each patent application, without discriminating whether it is a domestic product or an imported one. Therefore, India is obliged to maintain the minimum standards per the TRIPS Agreement regarding patents in the pharmaceutical industry.

In compliance with the TRIPS commitments, India is developing the policy of Exclusive Marketing Rights (EMR) and maintaining a mailbox system for five years or till the result of the application is published - accepted or rejected, whichever is earlier.

Through the Patents (Amendment) Act 1999, the provision of “pipeline protection” was introduced, which shall grant the applicant EMR on applying on and after 1st January 1995 in any of the countries that have been the signatory of the Paris Convention. If the applicant is eligible, the Patents Law in India shall grant EMR for five years or till the application is rejected or accepted, whichever is earlier.

The Amendment has also made it compulsory that the patent application can be filed in India by the applicant or outside India. Still, the latter requires prior approval from the appropriate authority.

What has been the impact of the absence of product patent protection for the pharmaceutical industry?

There is a chance that the multinationals may limit their portfolios on the expiration of the patent as the product patent protection for pharmaceuticals is absent. This can result in a decrease in their market shares, as the local manufacturers introduce non-advanced medicines through the process of reverse engineering.

A royalty is charged from the foreign firms for international drugs while the local manufacturers reformulate the newest molecules from all over the world to sell in the Indian market. This absence is a systematic process to weaken the patent rights for pharmaceutical products in India, leading to the exit of several international research-based pharmaceutical firms.

Though several pharmaceutical giants have expressed interest in expanding their operations in the Indian market, they fear patent infringement. This risk has compelled pharmaceutical companies to be careful about product launching until their patents are protected enough to prevent breaches.

The obligations introduced by the TRIPS Agreement significantly affect the formulation-oriented pharmaceutical industry in India. Now companies competing with multinational has to focus on drug development and producing their own patented products. Alternatively, Indian companies may opt for creating patented products under licence from foreign companies while concentrating on generating revenues from making generic drugs.