One Person Company permits a person to run a business entity with the advantage of limited liability and corporatization. OPC, a hybrid form of business entity provides some advantages which make it more popular among the economic entrepreneurs. 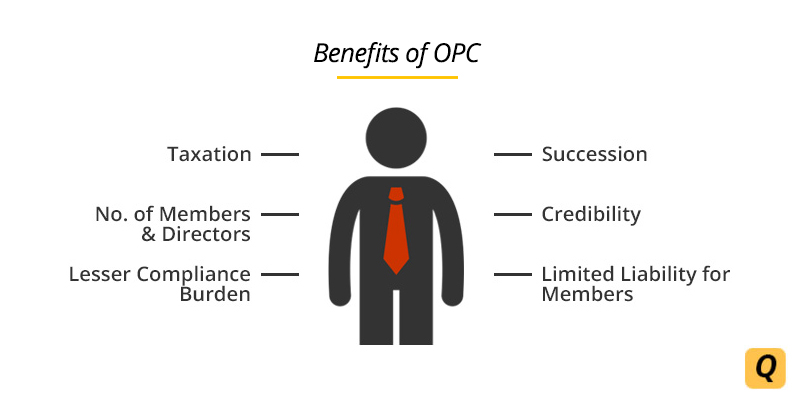 What is One Person Company?

THE ONE PERSON COMPANY concept is newly introduced by companies’ act 2013 to encourage self-employment with a backbone of India's legal system. This concept enables small entrepreneurs to set up their company under single membership along with a nominee who can take over the company in case of death or any other calamity with the owner.

Examples of One Person Company

To start One Person Company one needs to have a unique name for the company. The name should be clear to indicate what the company is about. The only condition is that no company can be registered without having (OPC) Private Limited or limited at the end e.g TARGET BUILDTECH PVT. LTD. (OPC) , ASHIANA ARCHITECTS AND ENGINEERS PVT. LTD. (OPC).

Why One Person Company?

The one person company concept opens up spectacular possibilities for sole proprietors and entrepreneur who have the advantages of Limited liability and corporatisation. An OPC has many benefits over other private companies like it can avail lower Interest rate on loans, can take funds from banking institutions with depositing any security, and various other benefits under Foreign Trade policy and others.

Guidelines to operate One Person Company

Advantages of One Person Company

How is One Person Company different from other Private Limited Companies?

Apart from having various similarities both the companies have some differences the foremost being the formation of the company, as a single member who can be both the shareholder and core director of the company can form OPC while a minimum of two directors is required to form a private limited company.

The concept of one Person Company is a relief to many entrepreneurs as it helps small businesses to evolve thus helping the overall economy of the country. It is also beneficial for ones who don’t want to share their powers or duties, ones who don’t want to be bossed around as such companies get a various credit and loan facilities, easy bank operations and reduced taxes. And in the long run, these small companies can convert themselves to bigger private or public companies.