Getting a Trademark registered with China is as difficult as sneezing with open eyes. 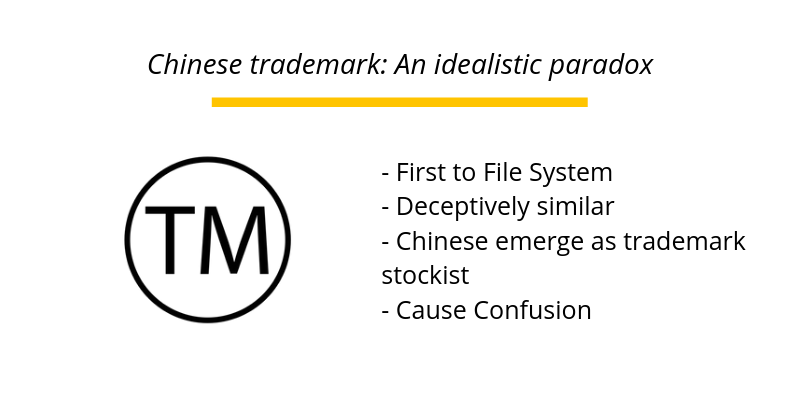 Roadmap: Is It A Vision Or Mere Illusion?

Before you start off with your sneezing practice sessions, let’s have a brief insight of how to expand your horizon and know the trademark registration procedure in China. There is a direct road, with a proper infrastructure to crack it, right.

Fill in The Basics: File an application with the Chinese trademark office.
Patience Test: Wait for at least 2 months for the notification of acceptance.
Patience Test’s Multi-fold: Another 9 months of patience is required before the verdict of commencement of trademark examination is known.
Test’s Results: In case, you crack the examination, the trademark will be published on their official trademark website for the next 3
Congratulations: On having no objections received for the same, the certificate will be granted within 1 month’s time. You wish it were that simple!

Even after having such well-defined navigation, 90% of the world’s biggest unicorns or even the black coat legal guardians or even ‘Trump’ needs to think twice before dipping their hands in the Trademark puddle.

China has made its mark globally. Is it cause of the ‘Great Wall’ or ‘Communism’? Well, the ‘Art of Replication’ takes away all the limelight. China’s fabricating traits has been backed by the China’s trademark institution. It is a transparent yet tangled tale of rules and regulations, which are highly  Chinese-centric.

The person who completes all the legal documentation first wins the battle. It is immaterial as to how successful your brand is or how many years of toil has been invested in building such an empire, the bottom line is, were you the first in line outside the trademark Department?

This rule has laid a foundation of a new practice, which is logically legal yet unethical. By taking the benefit of doubt, Chinese try to emerge as trademark stockist. People with no latent interest, are trespassing other’s Intellectual property rights.

There are numerous companies which invest in hundreds of trademark registrations, with a view to negotiate a prodigy later. No wonder iPhone in China is not a smartphone rather it is used to address a range of leather bags range. Moreover, seeking legal assistance in China for infringements is doomed for foreigners.

Even after prejudice claims, the graph of trademark registrations in China is on the increasing curve of the hockey stick. There was a 1.5% hike in registrations last year.

China is already ace-ing the ranks for having the world’s largest IP registrations for more than a decade consecutively.

The China Trademark Office has left no rooms to surprise.

From 1st April,2017 the Official fees for trademarks has been slashed by half.

Even after ranking the charts of Trademark Registration and Its Ease from both the ends, China is coming out with such lucrative incentives.

Is China instigating to ease out the stark choice or is it the otherwise?

Is China on a real road to fix its age-old tarnished image regarding Trademarks?

Granting Trump Trademarks was a mere modesty or a genuine effort for the protection of ethical rights?

Is the price slash, a mere promotional stunt?

Is it a new foundation to aid healthy competitive spirit among the applicants?

Well, I would simply suggest that if, after your 100th sneeze, you are not able to see yourself in the mirror; then finally, it is time to dip your hands in the puddle of tangled marks.

You never know when the fortune of fair play shines.