The government has rolled out a credit guarantee scheme for NBFC. As per the scheme, the PSU’s can purchase the assets of the NBFC’s 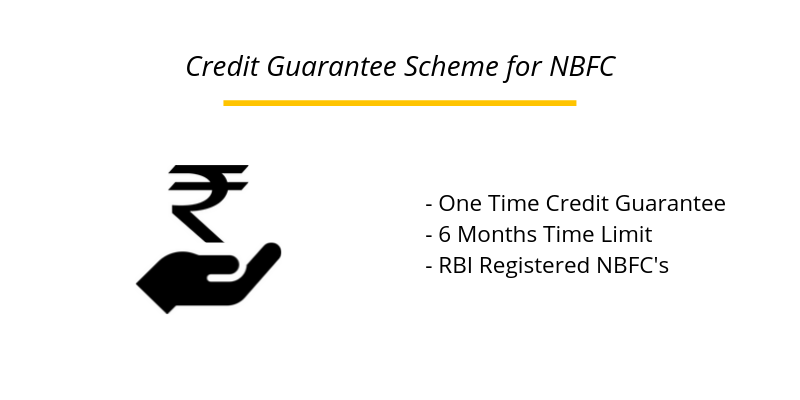 The government, in order to provide a support system to the Non-Banking Financial Companies, have rolled out a partial credit guarantee scheme. The scheme will provide NBFC’s with liquidity and help avoid distress sale of assets.

The scheme is a one-time partial scheme and will be available for the companies till the 6-month period of time or till the government or banks exhaust 1 lakh crore.

The scheme provided relief to Housing Finance companies and Non-banking Financial companies that are not under distress.

The government launched the partial credit guarantee scheme on August 10 for public sector banks, wherein they are allowed to purchase the pooled assets of the non-banking financial companies for a limited period of time.

The scheme as launched by the government allows the banks to purchase the pooled-assets; the scheme is valid for 24 months only and is available for the public sector banks only.

The announcement of the scheme has followed after the rollout of Union budget by Finance minister Nirmala Sitharaman.

NOTE: Total pooled assets of the NBFC is more than 1 Trillion as per Indian data.

Guidelines for Purchase by Banks

The financial government has rolled out the scheme after the current financial year budget. The guidelines that the banks have to follow before they can purchase the pooled assets of NBFC and Housing Finance companies are:

The NBFC companies have an option of purchasing back the assets purchased by the banks after 12 months of selling the pooled assets.

Note: In the wake of liquidity crises in the NBFC, SEBI has eased the buyback share norms for the NBFC companies.

The NBFC can repurchase the pooled asset from the banking company as a repurchase transaction, on right to first refusal basis by the company.