Can a Celebrity be Trademarked: A look at the Celebs who Tried, Who Failed and who Succeeded...

Trademark is the new trend, trends may come and go; own them and make them exclusively your own. It's all about the first mover advantage. 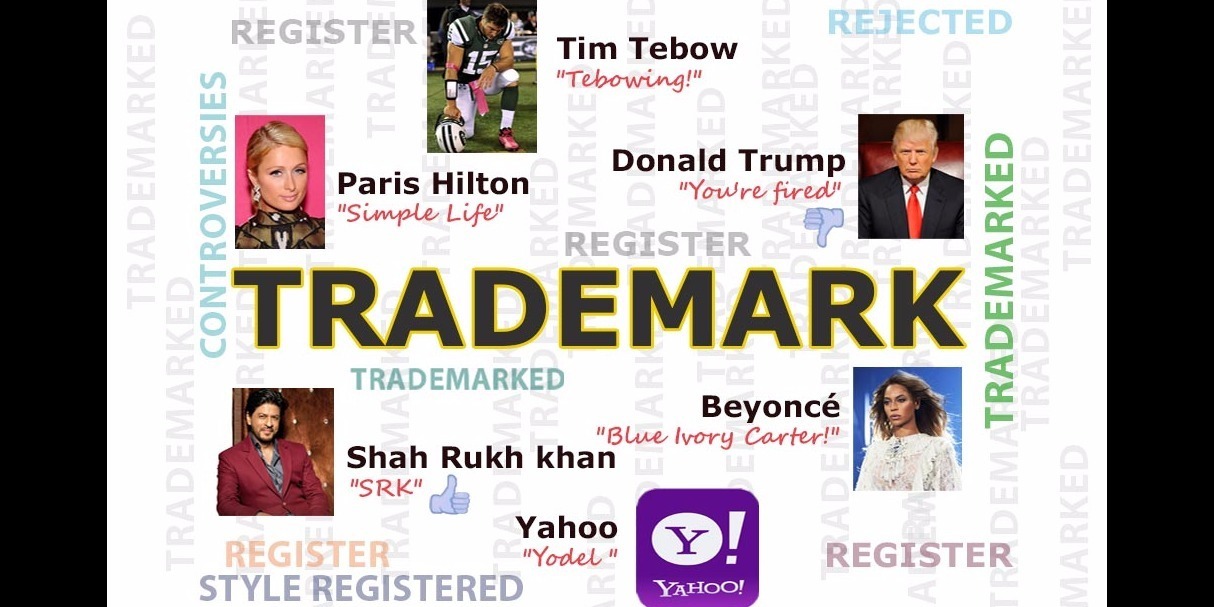 Stats have proved, there isn’t anyone on planet earth who does not admire stars. From introspecting in their personal life to worshiping them is customary.

Many stars initiated the process of getting Trademarks merely to protect their image from getting tarnished. It has been observed, that celebrity names are clubbed with various goods and services to influence the masses. The viability of the product enhances as soon as it gets endorsed to a celebrity.

Lately, we had Kajol stuck in a controversy with her fake Id on social media. She learnt from her mistake and straight away applied to safeguard her name. She applied for Trademark in the following categories—including broadcasting, telecommunications, websites, sacks, bags, household utensils, carpets, rugs, tents,  yarn and thread, among dozens of more items.

In the current Scenario, getting a trademark is like getting INKed for life. Besides preventing misuse, it also helps celebrities derive financial benefits.

A trademark gives identity to a brand; it is a recognisable sign, word, design or an expression which is used to identify the goods or services of a seller from those of others.

A trademark cannot be registered as a separate stand-alone identity, just to protect the brand image of an individual. It has to be in correlation to a particular class or range of products and services. However, the trademark registration needs to be renewed after every 5 years.

Though the celebrity has a right of publicity, which enables the celebs to prevent his or her image from being used in an unauthorised manner for profit; however they are not always successful in defending their right to trademark.

Let's have an overview:

• Get a Catch phrase Registered

Paris Hilton filed the application for her "Simple Life" catchphrase in 2006. The mark, however, only applies to alcohol and clothing, according to the U.S. Patent and Trademark Office.

However, in 2004 Donald Trump's appeal was objected arejected for the grant of the exclusive right over the phrase "You're fired!" in reference to games and casino services and "You're Fired! Donald J. Trump" for clothing.

• Get a Name Registered

Beyoncé has reserved the exclusive right, with respect to baby goods, for the usage of 'Blue Ivory Carter', her daughter's name.

Angelina Jolie also strived to fight for such exclusivity for her Daughter's name, 'Shiloh'. She was alleged in a legal rustle with Symine Salimpour, to protect the usage of 'Shiloh' for the new range of perfume.

Shah Rukh khan too has filed applications to register trademark ‘SRK’, in almost all the 45 classes

• Get a Sound Registered

Yahoo Yodel was the first sound mark to be registered in India.

Harley-Davidson could not make it till the end. Unfortunately, it had to withdraw its claims to register the unique thumping sound of its V-Twin engines after a four less than a decades span of litigation. On the failure to provide proper arguments regarding the uniqueness of the sound.

• Get a Style Registered

Tim Tebow, NFL player registered his trademark for bowing down on one knee with your fist to your forehead in October 2012. He says he just wants “to just control how it’s used, make sure it’s used in the right way," The Washington Times reported.

As of now, it was the never-ending controversies, frauds, misuse which gave celebs a reality check to gear up. Indian Celebs are walking up from their slumber and are trying to analyse the benefits of trademark-ing anything and everything.