Trump is shortening the window for non-immigrants to save the sheds of his own citizen. Trump legacy is so confusing. He seems to be a big poker player. 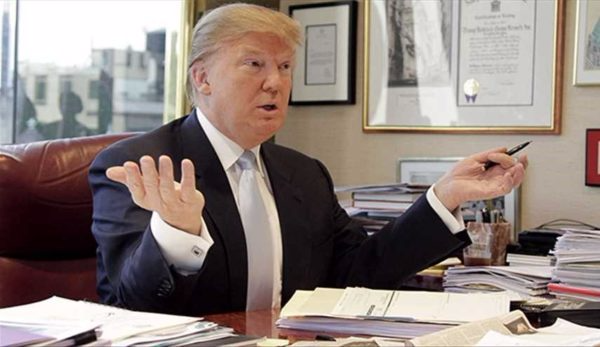 There is a question in mind of every person that what exactly is happening with USA. Donald Trump President of United States of America, doing many things which are making No Sense in the eyes of Humanity & Leadership. Donald trump ordered to decode the refugees and immigration out of the country or else they will be executed. Donald trump is destroying diplomatic relations with Maxico, China and now moving towards India. Well as per the statement of the President. He is doing for the sake of America. America use to be the shelter for every small country/nation but now they are destroying what they’ve created. Trump legacy is different and a little bit typical to understand.

Trump legacy started making impact on Indian Economy. Recently Donald Trump passes the order to reduce the H-1B visa Quota to save the jobs for the American citizen. America unemployment rate is 4.9% as per the report of June 2016. According a report the number of unemployed person in USA is 7,63,50,000. Indian economy will be affected by the reducing the H-1B quota. As 70% of H-1B visa is covered by Indians and the outsourcing firm for H-1B visa almost earns about 10% of our country GDP but NOW there is stop in this figure as US President Donald Trump putting a full stop in the number of issuing these H-1B visa. (Read: What is H-1B visa?)

He is reducing the quota of H-1B visas and he is also revoking the visa for the Spouse of the person who had H-1B visa.

“Donald Trump is destroying the image of USA. USA always uses to create relations with the countries and has helped them growing. But suddenly from nowhere they pass an order to execute refugees. It’s like first you invite someone for coffee then ask for ransom. I mean what? Trump is now targeting Economy of the Countries”.

The application consideration time in US court was 45 days but from now on it will be 60 days. There’s still something good for those people who are selected in the reduced quota. Previously the salary of these non-immigrants were $79,000 p.a but now it might increase by 60-70% of the salary

Major Business entities will also face some adverse effect in their business due to this Trump policy. Trump might doing great for his own countrymen but it will affect the turnovers of the major players.

Well, this H-1B visa policy can affect the companies, by this H-1B visa IT companies like Infosys, Wipro etc hire IT guys from India on economic salary, which saves the cost and grows their profit. But after this companies cannot take advantage of this privilege. Cost is going to increase for these companies as their employees will get expensive and quality of their work might also get affected as they will hire employees not on merits but on quota basis. Result of this actions can be seen from now also. Stocks of Indian software exporters plunged on 31-Jan-2017. TCS’ shares fell 4.47%, Infosys’ declined 2% and Wipro’s 1.62%. Well bright days are seems to be gone for these companies as Trump is going to flip the coin for his countrymen.

Recently, Indians are being shot from un-employed immigrants of USA. After Trump policy same picture will not be repeated as it happened in Australia. Though it is turning to that phase but this might stop recurring the same incident, which is a good news because Indians have faith in the diplomatic relations of USA & India.

IT companies and the Silicon Valley might be flooded with other countrymen as IT guys. But it also helps other countries to grow.

If you look the picture from the other side then you might find something good in it. As experts predict, “one or the other way it is going to grow our country”. Well India & China are  famous for one of the best place to invest money. As these 2 countries have the most skilled labour at cheap cost. So this decision might encourage Foreign Investors to India or China as well. Who knows this might shoot up the Startup era in India?