What is an appointment of Auditor in Private Limited Company? 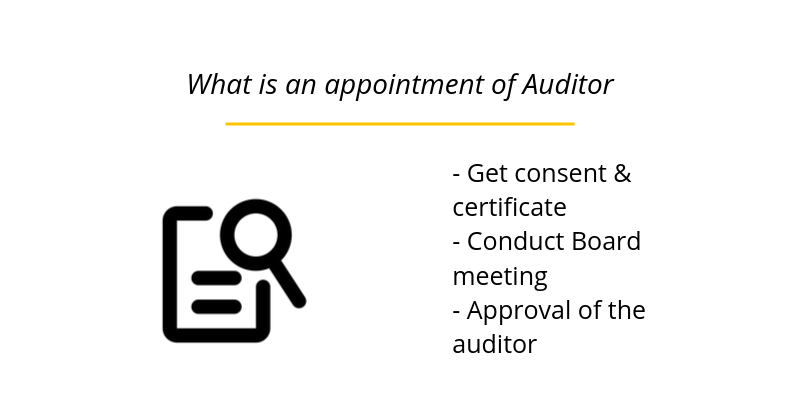 According to section 139(6), the first auditor should be appointed by the Board within 30days of Company incorporation. If the Board of the company fails to appoint the auditor, then an EGM is called within 90 days who appoints the first auditor. The first auditor is in a contract till the 1st Annual General Meeting and the remuneration is decided as per section 142(1) by the Board. The appointment of the first Auditor is governed by section 139(6) which begins with a non-obstante clause and it required consent & certificate from auditor and filing of ADT-1 with the Registrar of Company.

The appointment procedure is as follows:

Re-appointment of the Auditor:

Once the Auditor has completed its tenure of 5 consecutive years and if the company is satisfied with the work delivered by the professional then the auditor may be re-appointed. This is carried forward under section 139(9) which states that subject to the provisions of sub-section (1)

Get all services related to Private Limited Company by our experts. To know more visit Quick Company