Duties and Responsibilities of a Company Director 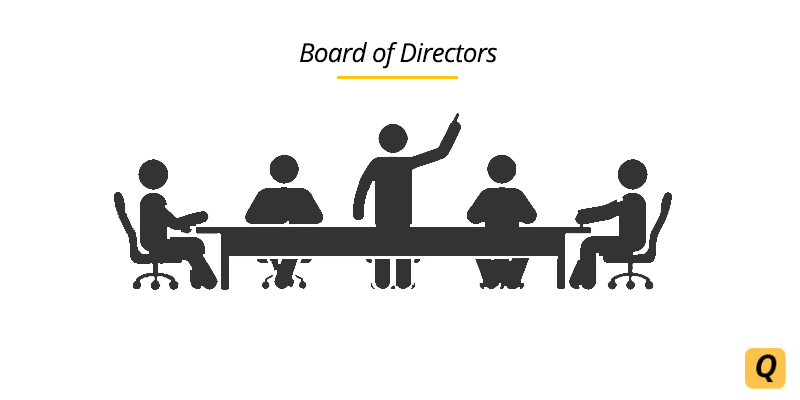 Definition of a Director under the Companies Act

The Companies Act, 2013, defines a director as a person who is appointed to be a part of the Board of the Company.

Major role: The directors of a company also look over the policies of the company and supervises the work done by the various departments by the appointed people. This includes – control, management, planning, direction, and administrative duties.

Role of a Director: The Companies Act also says that a director is any person who performs the role of a director, whether or not he or she has been designated. A director of a company is any person who occupies a particular position and performs a particular set of functions. So, a person is set to be a director so long as he or she is appointed to control and manage the company, and is authorized to act in the name of the company.

Duties of a Company’s Directors

1. It is the duty and responsibility of the director of the company to act as per the norms mentioned in the Articles of Association of a Company.

2. The company’s directors must always act in an ethical and moral manner so as to advance the aims and objectives of the company. They have to pursue advantageous goals and ensure positive outcome and growth for the organization.

3. He/she is obligated to use his/her judgment and expertise to perform their roles in good faith and with logical care. The directors are entrusted with the sensible management of the company, and must always use their knowledge to take the company to greater heights.

4. A director cannot create or be involved in a situation that will put the company at jeopardy or might be a direct (or indirect) conflict of interest for the company.

5. A director cannot use the company for his/her advantageous personal gain or that of his/her friends and family.

6. It is the duty of the director to uphold the spirit of the position and he/she cannot downgrade the office and position in any manner.

If it is found that the director of the company goes against any of the set provision that defines his/her role and responsibility, then, he/she can be punished with a fine of INR 1,00,000, which can be extended to INR 5,00,000. 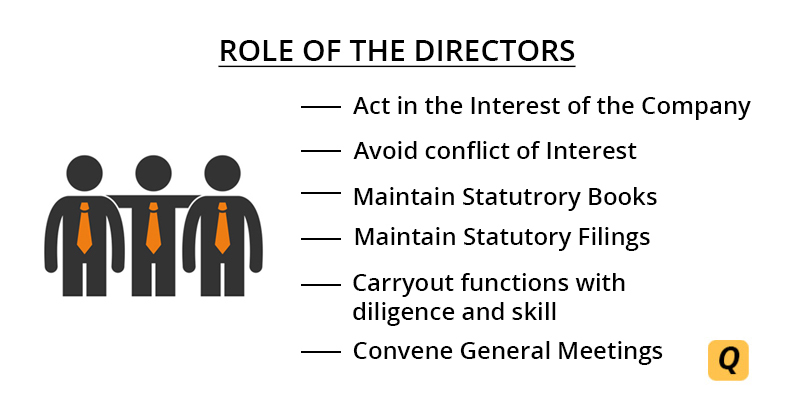 Role and Responsibilities of a Company’s Directors

Read More: How to remove a Director from Company?

Liabilities of a Directors of a Company

A director of a company will be held liable for the actions of the company in the following situations:

The director of a company can be called the Agent of the Company, and it’s his/duty and responsibility to act to the fullest of his/her abilities and keeping with the interests of the company. An error of judgment by the board of directors cannot hold the director personally liable. However, a director can be held liable for fraudulent acts and acts of misfeasance.