Guidelines for a Foreign Director/Partner

As per Companies Act and Foreign Exchange Management Act (FEMA) of 1999, there are no restrictions for a foreign national to become a director in an Indian Company. However, the Foreign Director/Partner will have to understand about certain terms and conditions applicable in India. A foreign citizen appointed as Director of an Indian company may live abroad and can continue to do the business of the company while living abroad. 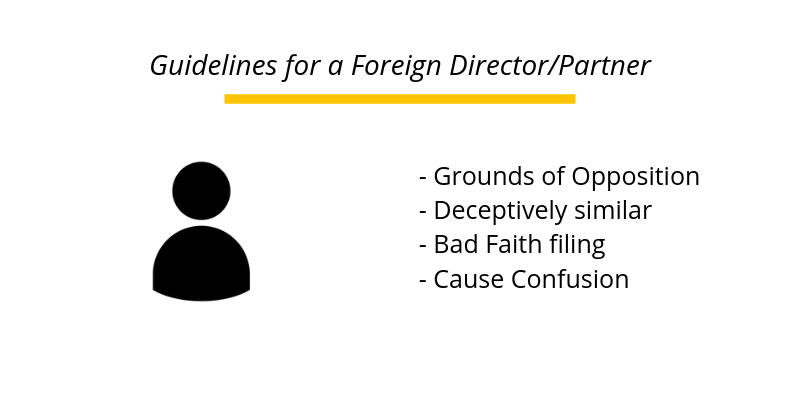 It is mandatory as per Section 149(3) of the Companies Act of 2013 that at least one Director of the company must have stayed in India for a total period of at least 182 days in the previous calendar and such director need not be a citizen of India. A foreigner can also act as a founder of the Indian company For the sake of convenience; many foreign-owned companies have an Indian shareholder and director.

It is it mandatory that a person appointed as Managing Director / Whole-time Director of a company should be of Indian Resident, as per Section 196 of Schedule V of the Companies Act, 2013. Appointing a non-resident as Managing Director will require permission of Government of India.

A foreign national can be an independent Director of a company if he possesses skills, experience, and knowledge related to company’s business.

As the documents require for a Foreign National Director, require attestation from Indian consulate the reasonable estimate of time for foreign promoters to complete any formalities is about six weeks.

Attendance in Board Meeting

Like other directors, a Foreign National or NRI is eligible for sitting fees, remuneration, commission, travel expenses etc.

Any income earned in India is subjected to Income Tax and accordingly, any earnings by a Foreign National is subjected to income tax under Income Tax, 1961. The required TDS shall be deducted from their remuneration or commission as per the provisions of Income Tax Act

A foreign national can contribute to the share capital by transfer from their foreign bank account through normal banking channel only.

It is vital to note here that a foreign national as a director in an Indian company can hold and maintain a foreign currency account with a bank outside India and accept or remit his salary or remuneration for his services.