Patent Prosecution Highway (PPH) is an initiative that accelerates the examination procedure of corresponding applications that are filed in the other patent offices. 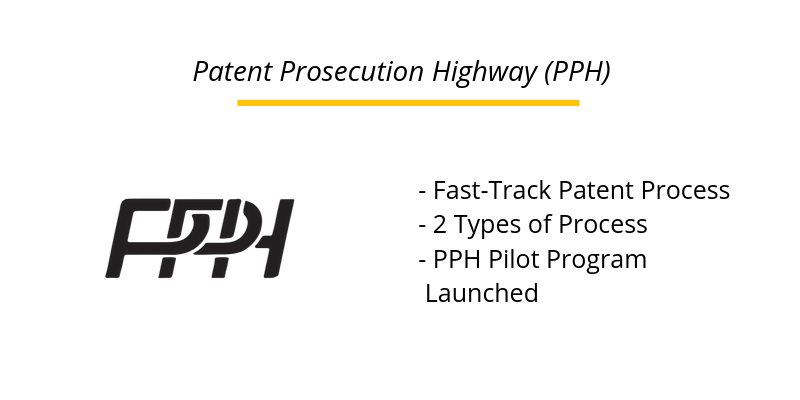 PPH is a framework in which an application determined to be patentable in one office can have express examination process when a corresponding application is made with the other offices.

The patent examination involves a lot of procedural steps that are replicated many times in the entire patent registration process. It is commonly noticed that inventors or owners of patent want the process to be completed as early as possible.

And, hence for reducing the examination workload, the Patent Prosecution Highway (PPH) was introduced, and various patent offices started sharing examination and search results among them.

What is Patent Prosecution Highway?

Patent Prosecution Highway (PPH) is an effective way of accelerating the examination procedure by sharing your positive patent search and examination results with the other patent office in which you want to file a patent application.

It is a way of simplifying the examination process which otherwise would have taken up a; lot of time as well as resources of the patent office which could have been employed in other application that is pending with the patent office or examiner.

The PPH process also has 2 types:

Note: Applicants who want to delay the patent prosecution to establish an invention for commercial exploitation

Patent office and the DIPP has now circulated draft patent rules so that they can further classify and regulate the norms for more accessible patent examination in India. The criteria include streamlining the process of examination for startups and females that apply for a patent either alone or with another applicant.

Note: The draft Patent rules are available for comments from the general public by the DIPP.

Section 8 of the Patents Act

The patent act clearly prescribes that the applicant at any point of time files an application in a foreign office for the same or substantially same invention will have to notify the controller of patents within the prescribed limit.

The applicant is also under an obligation for providing detailed information in writing to the controller from time to time about any other application filed outside India.

Note: The patent office made these request so that they are aware of the prosecution in other patent offices in regards to that particular invention.

Indian Patent Regime started with the PCT-PPH on 29th January 2010 as a pilot programme. The programme helped or enabled fast-track patent examination for all PCT application. The Fast-track procedure on the application entirely depends upon the positive feedback received on the claims.