Who Can File Trademark Opposition

Any concerned person who is directly or indirectly affected due to the registered trademark can file the notice of opposition to the applicant concerned according to section 21 of Trademark Act, 1999 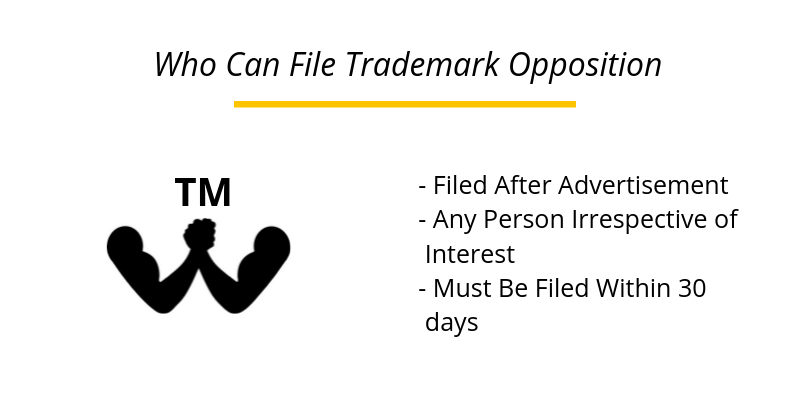 The trademark opposition can be filed by “any person” who can be a customer, a purchaser, a seller, competitor, or member of the public who is likely to use the goods. The person can serve the notice of opposition to the applicant applying for registration of a trademark whether the person is having or not having any commercial or personal interest in the matter.

Note: The person filing a notice of opposition may or may not be a registered trademark owner.

The Notice of Opposition should be given in the prescribed form, upon the payment of a requisite fee.

Details of the opposing party