An arbitrary mark consists of a word that has a common meaning to it in English language. The use of this word as a TM is allowed because this common meaning is completely unrelated to the good or service that it’s attached to. In other words, ideally the mark would hold a meaning that is ordinary and significant to people on a daily basis, however when attached to the product/service, it signifies something entirely different. 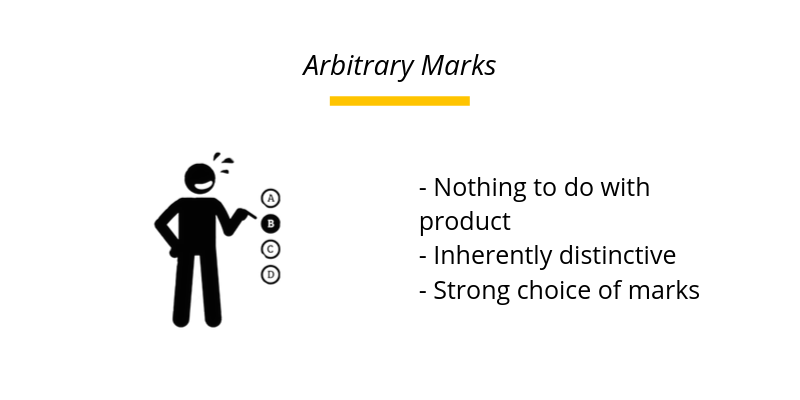 The most famous example of such a mark is the mark ‘Apple’ used for computer, phones and iPod’s, since Apple in ordinary language depicts a fruit and bears no co-relation to the digital zone.

If the mark ‘Apple’ was instead being used to sell real apple’s i.e. edible fruit, then it would not be capable of being trademarked because it would become a generic mark.

Other examples of arbitrary marks include; SUN for computers, IVORY for Soap, JAGUAR for cars and CAMEL for cigarettes.

The arbitrary mark thus becomes well known over time due to its use in a completely unrelated context. Similar to fanciful marks; arbitrary marks are given a broader degree of protection in cases of infringement since they are inherently distinctive and have no connection to the goods/services being sold.