A Patent Agent is not an advocate and neither does he necessarily have a qualification in law. On the other hand, a Patent Attorney is someone who has passed the bar exam and is entitled to practice before the court. 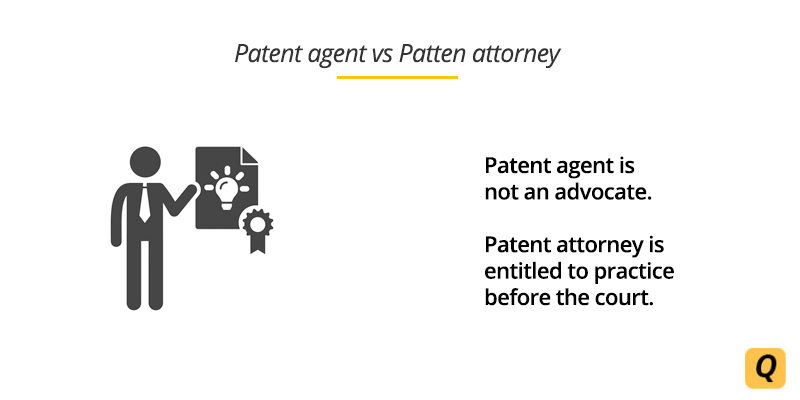 Who is a Patent Agent?

Patent agents aid inventors with finishing and submitting all their patent-application documentation, probing for prior art, and writing inventor’s legally enforceable claims related to ownership of the invention. The revision of rejected patent application is also done by the patent agent.

More On: Checklist of Documents Required for Patent Registration

Who is a Patent Attorney?

Unlike, patent agents, the term 'Patent Attorney' is not defined in the Patent Act. A patent attorney is any person who is permitted to deal with patent litigation as they hold a law degree and are entitled to practice before the Indian Court.

As a patent attorney often handles both patent prosecution and litigation, it is interchangeably used with the patent agent. A patent attorney does not necessarily have a degree in science, technology or engineering. However, he is a qualified lawyer with a valid bar registration.

As per section 127, the Patent Agent is allowed to: