What are Patent Claims?

A Complete Specification of a patent is a necessary document to obtain a patent protection. It contains the description of the inventive process or product. It also contains the set of ‘Claims’, which sets the scope of protection for the whole invention. 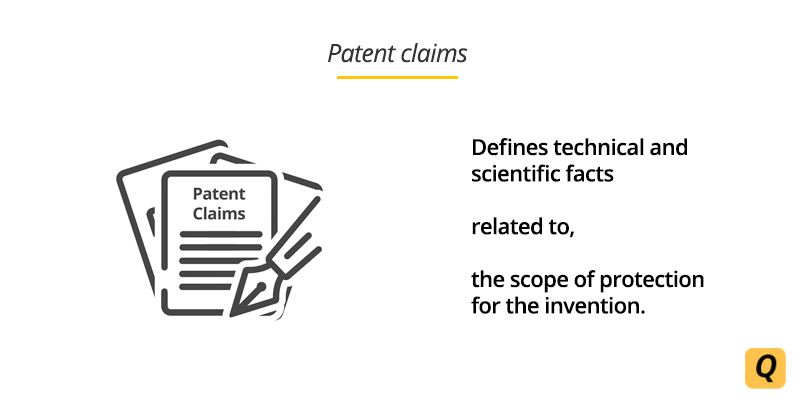 A patent application contains a various section that plays a vital role in obtaining protection for the inventive process or product. Complete Specification Patent can be said to be a techno-legal document, which specifies the scientific background of the invention, and also defines the Claims of the inventor to the Patent rights.

The patent claim usually contains technical and scientific facts that define the scope of protection for the invention. They are usually framed in a comprehensive way, which includes the complete explanation of the technical aspects of the invention.

The Right to exclusive use of the invention and the Scope of Protection for the invention are defined in the Claims filed by the applicant with the Controller of Trademark and Patents.

Simply put, the Patent Claims lays down what patent does and does not protect.

Claims under the Indian patent law have been classified on the basis of drafting, inventiveness, and structure.

On the Basis of Patent Drafting

Original or independent claims are also commonly known as "Principle claims". They need to clearly define the essential features of the novel invention. The inventive processes or products need to be properly defined with respect to the ‘prior art’ as well.

There can be multiple independent claims for an invention and are broader in their scope of protection.

More on: What is Patent Drafting?

On the Basis of Type of Invention

Claims that are directed for the protection of product itself are considered product claims under the Indian Patent law.

For instance, new pharmaceutical products are protected through the submission of these claims. The inventor will need to submit the chemical composition of the product which he seeks to protect.

This claim usually involves claiming protection for a product but through the process involved in developing the product.

Such claims are filed for a new and innovative process, which has a specific end result. It is to be understood that the end result will not receive protection, only the process would.

On the Basis of Structure

They are the most significant and commonly used claims by patent applicants. They are broadly applicable as they cover any use of the composition of matter involved in the process.

The inventor can claim protection under these claims if the applicant or the inventor finds that the invention differs in the ‘prior art search’.

These claims are mostly used for any computer-related invention as they are not considered conventional patent claims. These claims have to define the scope of the invention. The terms used in the claim must be definitive and must be supported by the description of the specification.

Check: Check the Patentability of the invention (Patent Search)

Transitional phrase determines whether the claims are limited only to the elements listed or whether they cover the other additional elements.

There are two types of transitional phrases available:

How to Write Patent Claims?

While drafting the claims, the applicant or the patent agent must keep the following general principle in mind:

Also Read: How to write a Good Provisional Patent Application?