Requirements for Incorporation of a Public Limited Company

A Public Limited Company is a type of company whose securities can be traded on a stock exchange and can be bought and sold by anyone. Public companies are strictly regulated, and are required by law to publish their complete and true financial position so that investors can determine the true worth of its stock. 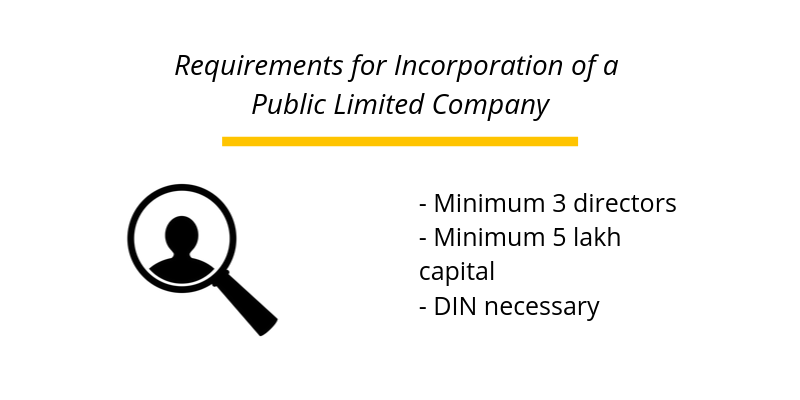 Listed below are the requirements for incorporating a Public Limited Company:

The minimum capital required to form a public limited company is Rs.500, 000/- However, as per the Act, this limit is not applicable to companies having a license under section 25.

For a public limited company is concerned, the capital requires further more explanation as there are three other capitals which are also involved. The amount of capital mentioned in the Memorandum of Association is termed to be an Authorized Capital.

The list below are the three other Capitals which are also involved:

DIN for all the directors are mandatory as the documents of the company should be ratified by all of its Directors presented in a Board Meeting constituted in regular intervals of time.