Understanding the Concept of a Holding Company

A Holding Company is a Parent Company that holds a majority interest in several companies. For instance, if the shares of a limited or a private company are held by another company, then such a company is called a ‘Holding Company’. The relationship created is that of a subsidiary and holding company. In most cases, the subsidiary companies operate independently, except in the case of the ownership. 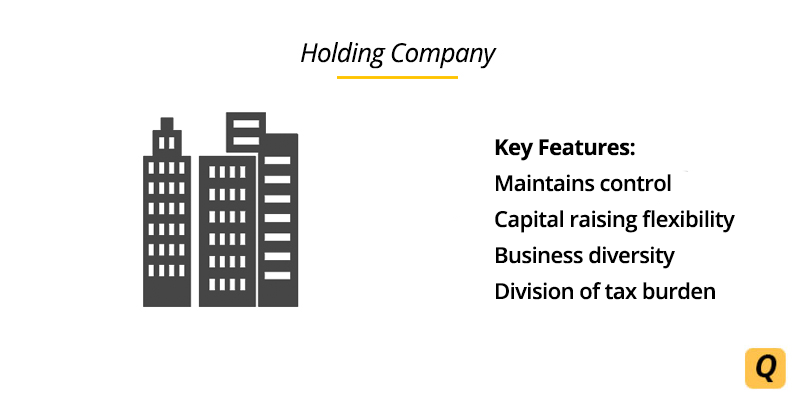 Today we several companies are formed as large conglomerate companies, with multiple subsidiaries under them. Several popular conglomerates include Volkswagen, Walt Disney, etc.

What is a Holding Company?

Holding companies are recognized under the Companies Act, 2013, as the controlling company that exerts a certain amount of control over subsidiary companies.

The ‘control’ factor is an important factor in determining the status of a holding company and the relationship with its subsidiaries. In most case, the control of the holding company is exerted through shares, where the controlling company holds at least 51% of the total holdings. A company becomes its associate when the holdings over 20% (but not beyond 51%).

Control Other Than Shares

Control Through Other Subsidiaries

More on:  Duties and Responsibilities of Board of Directors of Company? 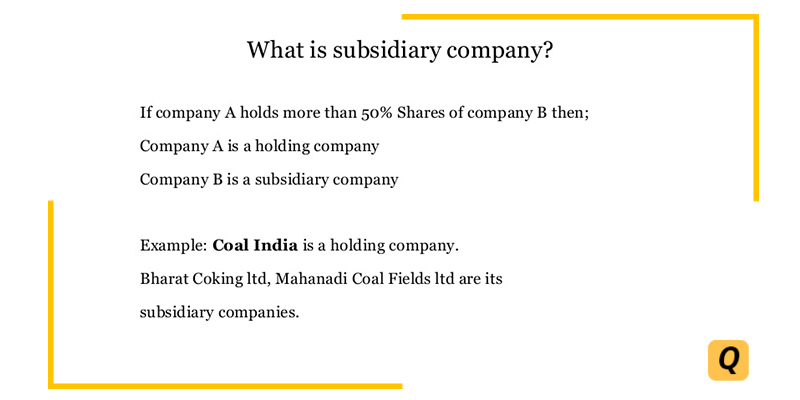 Purpose of Setting up a Holding Company

Structure of a Holding Company

Based on the structure and the workings of a holding company, it can generate income in various ways. The bank accounts of the holding company and its subsidiary companies are separate, and they have to also independently adhere to regulatory and statutory requirements.

More on: How to Choose Name for Company, Business or Startup?

This separation is following by companies like Tata and Reliance so that the Corporate Veil is not affected, and the limited liability of the company is maintained.

However, in most recent times we don’t always see this differentiation, as mentioned above Facebook is a holding company that has its own operations. 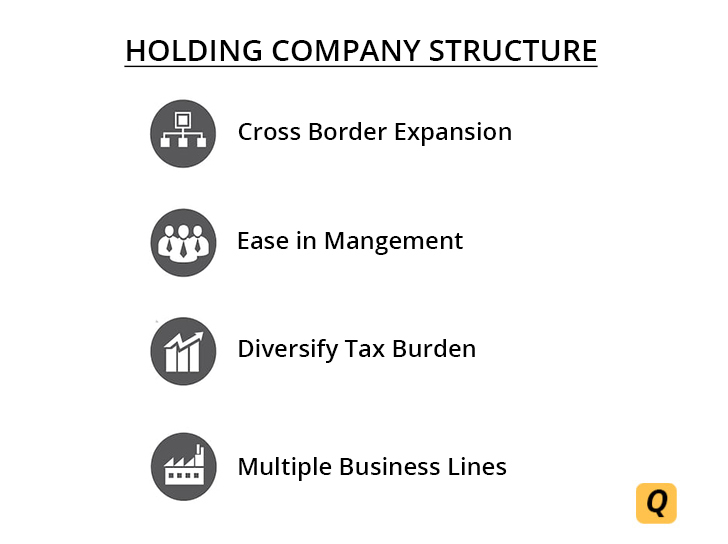 The holding- subsidiary structure can be beneficial in a number of ways. The main reason is to retain the control. Here are a few more beneficial reasons to set up a holding company: