What is a company? 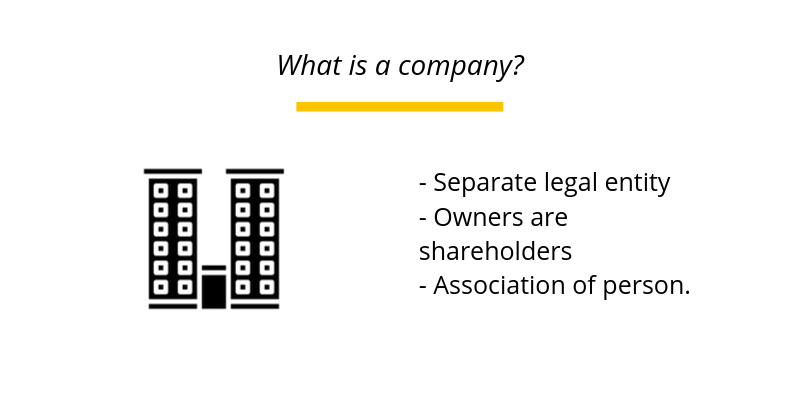 It denotes a joint stock enterprise, where the capital is contributed by a large number of people. Therefore, a company denotes an association of like-minded people who share a common purpose of carrying on the business or undertaking.

A company is a corporate body and a legal person. Its status and personality are distinct and separate from that of the members chartering it. Since the persons composing a company are amalgamated into one it is referred to as the 'body corporate'. Corporation is a legal person created by the process other than the natural. A legal person is an individual, company, or other entity which has legal rights and is subject to obligations. Therefore a company is often referred to as an artificial legal person.

The incorporated companies owe their existence either to company legislation, or special act passed in the parliament. Public corporations like Insurance Corporation of India (LIC) and Damodar Valley Corporation were brought into existence by the special act of the Parliament, whereas companies like Tata Iron and Steel, reliance Industries were formed under the Companies act, 1956.

In a strictly legal sense, a company is a union of both artificial and natural persons integrated under the existing law of a country. According to Section 3(1) (ii) of the Companies Act, 1956, “a company means a company formed and registered under the Companies Act, 1956 or under the previous law relating to companies.”  Under British common law, a company is a legal person or a legal entity, sovereign and capable of surviving beyond the lives of its members.

In conclusion, a company is a legal device for the attainment of any social or economic end. It is a political, social, economic and legal institution.