What is Affirmative Defence in Trademark Infringement?

Affirmative defences are usually responses that attack the plaintiff’s right to bring forth a claim rather than attacking the truth of the said claim and are employed in defence of continual use of the disputed same or similar mark. 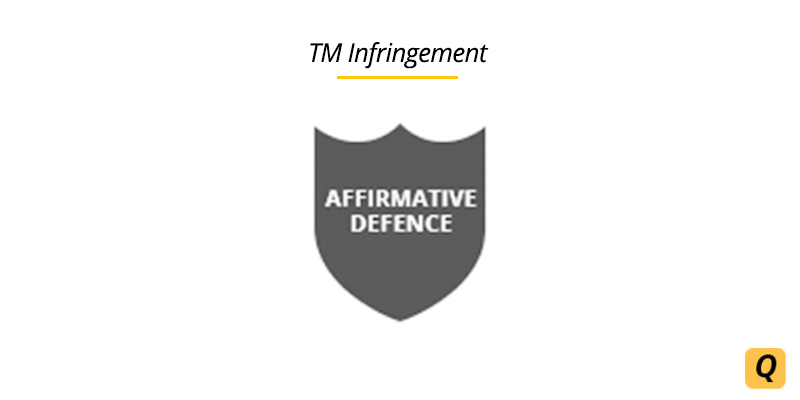 Defendants of alleged trademark infringement cases may use various defences to their advantages to tackle such allegations successfully, such as

What are the primary affirmative defences to claim of trademark infringement?

There are two kinds of affirmative defence available to the defendant when faced with allegations of trademark infringement, as are discussed below:

Fair use occurs when a descriptive mark is used in good faith for its primary, rather than secondary meaning, and there arises, in this case, no possibility of consumer confusion. In the light of the same, a cereal manufacturer may go ahead and describe its product as consisting of “all bran” without impinging on Kellogg's’ rights in the mark “All Bran”.

The difference in the way the fair use doctrine is employed in the US is markedly different than the way it is used in India. In India though, the default position as regards fair use, is that “Fair use is not authorized by the law because it is an affirmative defence that excuses otherwise infringing conduct”. It can be understood that India emphasizes more on the concept of “fair dealing” as a set of certain rules grouped together to make allowances for exceptions.

Parody essentially refers to a work that uses humour, criticism or satire to explore an existing work and draw attention to its flaws. Naturally, it borrows from the original work, and hence, needs to successfully qualify for the defense of fair use, the parodist would need to delicately balance an independent piece of work inevitably based on the original, but, that does not compete with the original work of the copyright-holder or is a result of an improper use on the part of the parodist. While the exception of fair dealing (as discussed above) is statutorily recognized in India in copyrighted works, its use with respect to trademarks is relatively vague and still debatable.

Taking into account various precedents in the realm of right to free speech or fair criticisms in matters of public concern, the various forms one may exercise free speech,  a general worldview of parodies of trademarks as well as defamatory material published online, section 29 (4) of The Trademarks Act, 1999 and the parameters laid down under it to constitute trademark infringement, and finally, the exception of truth as an element to defamation.

What are the parameters for a user to be considered as a permitted nominative fair use?

The High Court of Chennai, in the case of Consim Info Pvt. Ltd. Vs. Google India Pvt. Ltd. and Ors., laid down three requirements for a user to be considered as a permitted nominative fair use:

Thus, as long as the alleged infringer establishes his case within these parameters and is able to prove that his use of the trademark in question was necessitated in order to identify his product, he shall be allowed to use nominative fair use as an affirmative defence.