A recent patent application is filed in the United States Patent and Trademark Office (USPTO) which indicates a foldable screen design for Apple iPhone.

Last year Samsung also filed an application for a foldable phone screen and it seems that now Apple is also doing the same. Recently USPTO has received an application with inward and outward folding designs.

The application titled as Flexible Display Devices is filed by a California based iPhone maker - Cupertino which consists of total 24 drawings depicting different ideas for a foldable screen.

The company will be experimenting with different designs that are clearly evident in the patent application. There is no specific time as to when these will be launched in the market but it is for sure that the customers will get a great user experience that too with latest technological advancements.

The device would feature multiple housing portions with hinges which will make it possible to fold the device two-way i.e. the screen fold will either face itself or in a back-to-back configuration. 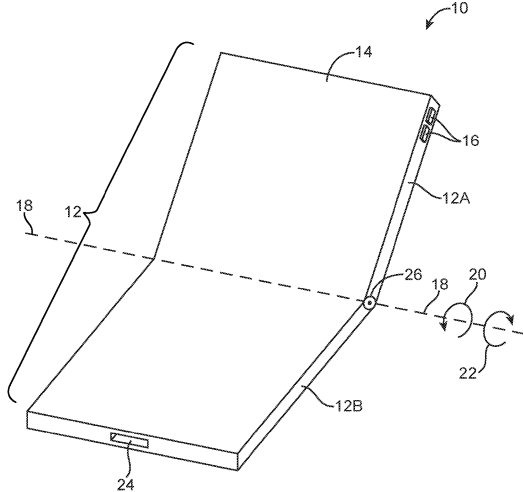 The first figure in the apple’s patent application is a design which is similar to the form factor of Motorola’s foldable Razr 2019 while another diagram of an outward folding design can be seen in Royole FlexPai and the leaked images of Vivo’s new iQoo (sub-brand).

Another design of inward- folding of the screen is found to be similar with that of Samsung’s new foldable phone which is supposed to be launched on the 20th February. Apple’s patent application does not depict any concept of cover display.

Things like motherboard, battery, ports and even the screen display is yet to be standardized however; several companies in the market are trying their hands on the technology.

A senior analyst at the Bank of America also confirmed that iPhone makers are working on the concept of foldable phones.  LG too has voiced out on this saying that it is too early for them to launch such a phone in the market.

Right now they are more focused on people and market response on the launch of foldable phones so that they can understand the missing aspects and work on the same.