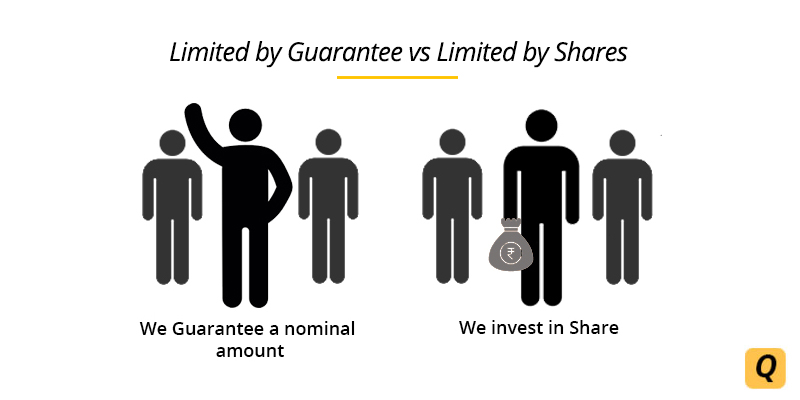 The Companies Act of 2013 defines a company as an organisation incorporated under the provisions of the Act, or any other previous related Acts. A company is an association of persons, who contribute money that constitutes the Company’s capital. Such associated people are called members, and the money that they contribute is called the common stock – share capital. The proportion of the member’s contribution is entitled in shares.

Liability of a Company

Broadly speaking, a limited company can fall under any of the following heads:

Example: Most private and public are limited by shares and its the most popular form of business in India. Companies like Reliance, Infosys and Tata are all public companies limited by shares. Facebook and Google operate in India with shares, however, they have been incorporated as private entities.

Example: Open Source Pharma Foundation is a private limited company which is limited by guarantee

If the initial funding comes from the funds of the owners, it would constitute the share capital of the company. In such a case, the liability of the owners has a two-fold effect. Their liability will be limited to both the guarantee amount specified by them and a portion of their unpaid shares.