What Can be Patented?

Not every invention present under the sun is patentable. If the invention is not new, useful and non-obvious it doesn't receive protection, moreover, it should also not be contrary to parameters prescribed by the government of India. 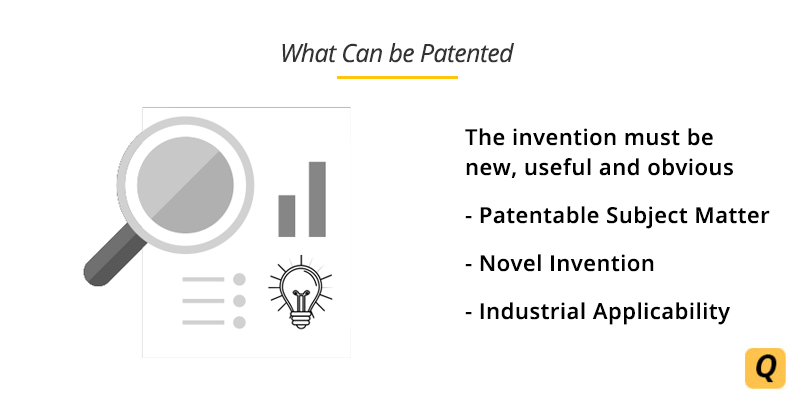 Under Indian patent law, if you have discovered any new and useful process, machine, manufactured or have come up with a composition that is new and useful it might obtain a patent.

The basic obligation in the area of a patent is that the invention from all branches of technology whether it is product or process shall be patentable only if it passes through the following parameters:

In other words, if the subject matter is contrary to what can be protected the invention will be rejected protection.

The invention must not include the following subject matter:

As per the Indian patent law, Mathematical formulas or business methods are not patentable. However the same cannot be said for computer software's as if filed with a new technology or along with the combination of hardware they can receive protection.

Note: Software can be protected as literary work with copyright registration

The mere discovery of any scientific principle or any known substance that is naturally occurring is not patentable. A mere enhancement of the known process is also not acceptable unless a new product is a new resultant.

For instance, new uses of Jamun Plant or fruit cannot be patented as per the given rule.

If the invention is considered immoral or against the public order, harmful to human or environment it would not receive patent protection.

As was seen in the case where patent office rejected the application of sexual stimulation device which as per the patent examiner was 'obscene' and hence the protection for the device was rejected.

4. Method of agriculture or horticulture

A new type of soil developed or if the inventor came up with a new way to irrigate or cultivate rice will not receive patent protection. Indian patent law doesn't consider a method of agriculture or horticulture as an invention.

Any therapeutic process that involves human or animals will not be considered the patentable subject matter. However, devices or apparatus can obtain patent protection; as can be seen in the following case: 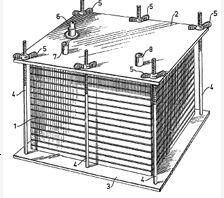 Blood transfusion device or dialysis machine was patented by Nils Alwall in the year 1946.

An invention is considered novel if it has not been disclosed in any of the publication presented or otherwise disclosed anywhere around the world. Novelty doesn't mean that the invention needs to be revolutionary. Your invention can be a combination of old things with a new outcome.

Lack of novelty in an invention is determined using factors such as:

The invention must not be obvious.

An invention claiming patent protection must involve an inventive step. The patent must contain something that is beyond normal workshop improvements.

The inventiveness of an invention is calculated by the process involved to create the invention. The invention as per the test must be

Note: Any person can file for revocation of patent if the invention does not work